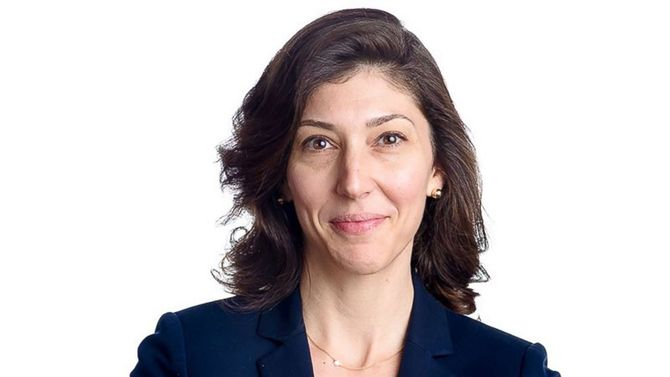 Her lawyer said Page had not been allowed to review documents she needed to prepare.

Page and Peter Strzok, who testified publicly in a fiery marathon hearing on Capitol Hill on Thursday, are at the center of Republican concern about political bias at the FBI and Justice Department regarding the handling of the Hillary Clinton email investigation and the Trump-Russia probe into the 2016 presidential campaign.

After she did not appear on Wednesday, House Speaker Paul Ryan that “congressional subpoenas for testimony are not optional,” warning Page that the House could move to hold her in contempt if she did not comply.

“She was a part of the mess that we've uncovered over at DOJ. She has an obligation to come and testify,” Ryan, R-Wis., emphasized Wednesday during a news conference at the Capitol. “If she wants to come and plead the Fifth, that's her choice, but a subpoena to testify before Congress is not optional. It's mandatory.”

Page served as the deputy counsel to then-FBI Deputy Director Andrew McCabe, and worked briefly for the Mueller team, but was taken off the special counsel's staff when the text messages were discovered.

Earlier this week, Page's attorney Amy Jeffress suggested her client needed more time to prepare for an interview with lawmakers.

"We asked the Committee staff to explain the scope of the investigation and provide sufficient notice that would allow her to prepare, which are normal conditions for congressional committees, but these committees have not followed the normal process," Jeffress said in a statement on July 9. "The FBI has agreed to provide Lisa with her notes and other documents to allow her to prepare, but they have not provided those documents to date, so we are still waiting to work out a reasonable date for her interview."

"Lisa has cooperated voluntarily with another congressional committee that had no objection to explaining the scope of its investigation or providing sufficient notice for her interview. Lisa also cooperated fully with the OIG investigation and appeared voluntarily for multiple interviews, including after she left the FBI,” Jeffress added.

The House Judiciary and Oversight committees held a joint public hearing with Strzok on Thursday, following a separate closed-door interview with him as well as a contentious open hearing with Deputy Attorney General Rod Rosenstein and FBI Director Chris Wray two weeks ago.

A recent Justice Department inspector general report found that the actions of some agents - including the messages from Strzok and Page, who according to the report, were having an extramarital affair - damaged the FBI's credibility, but that none of the decision-making in the Clinton probe was affected by political bias.

Strzok testified Thursday that his texts "have created confusion and caused pain for people I love" and "have provided ammunition for misguided attacks against the FBI, an institution I love deeply and have served proudly for more than 20 years."

Top Republicans are still at odds with the Justice Department and FBI over a series of sensitive document requests for information related to the investigations, and some conservatives have threatened to hold Rosenstein in contempt of Congress or even try to impeach him over the standoff.

Last month, Rosenstein defended the pace of the document production in the joint hearing. The Justice Department, in a letter to both committees over the weekend, said it had “substantially complied” with their requests for documents and information, and was working to fulfill outstanding requests. Rosenstein has said that some documents cannot be turned over because doing so might compromise the ongoing investigation.