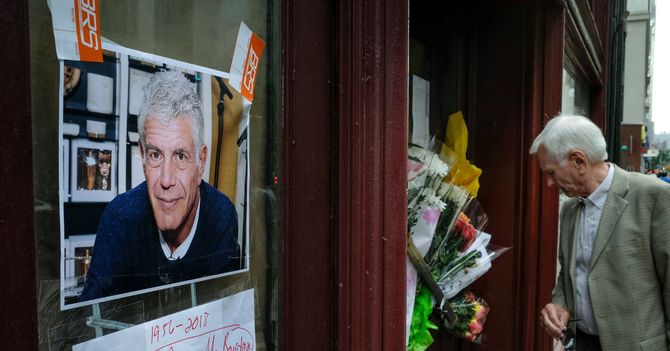 Mr. Ripert tried to reach Mr. Bourdain on his cellphone, according to hotel staff. A receptionist then went to Mr. Bourdain’s room, where he was found hanging in the room.

“This leads us to suspect that not much preparation and premeditation went into the act, and leads us more in the direction of an impulsive act,” said Mr. de Rocquigny.

Investigators were waiting for the results of blood tests, screening for toxic substances and drugs, the results of which were expected to arrive in the coming days, but they were not expected to change the outcome of the investigation.

“This is solely to give the family more information about the motivations and the cause of death,” Mr. de Rocquigny said. “We have no indication that he was consuming alcohol the days before his death or changed his behavior.”